ISIS AND OSIRIS ARE WITH THE NINE

IT IS THEIR WISH THAT THE HATE THAT

HAS RISEN IN THE EARTH IS LAIN TO

THE SIGNS ARE THERE TO SEE

WE TWIRL THE WHEAT AT THIS

SITE AND AT ALL THESE SITES

THERE ARE ANSWERS IN THE LETTERS

THE TONE – THE ONE NOTE IS IN THE STONES

HERE AT THE STONEHENGE

ISIS AND OSIRIS SANG THE ONE NOTE

INTO THE STONES LONG AGO

THE ENERGIES AT THE STONEHENGE ARE OLD NOW

IT IS THEIR WISH TO SING A NEW SONG

TO RAISE EARTH TO A HIGHER STATE

LEARN TO HEAR THE EARTH’S HEART

LISTEN TO THE HEART

THE SEAS ARE RISING NOW

THE LOST ISLE WILL RISE –

WE WISH TO AID THIS EARTH

WILL THOSE ON THIS EARTH ALLOW AID?

THERE ARE THOSE WHO WISH NOT TO AID

EARTH – AND WILL NOT AID EARTH

WE ARE THOSE WHO WILL

SEE THE DNA AND THE ASTEROID ART

THE SIGNS HERALD A NEW WORLD

THE ANGELS ARE HERE NOW

A WISE SEER IS HERE NOW 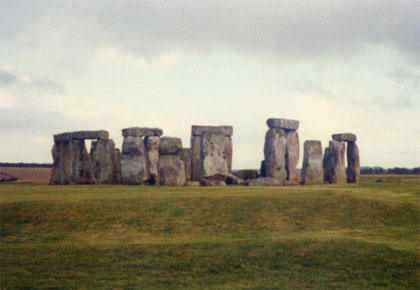 Isis and Osiris Are With The Nine

This is also another highly repetitive phrase throughout the series of communications. The meaning of the phrase according to my understanding relates to the fact that Isis and Osiris are considered to be highly advanced/evolved beings with universal knowledge and abilities beyond our capacity to comprehend at this stage of our development. Their close association with earth is undisputed. Much less is known about the Nine. At least that was the case until Phyllis Schlemmer published ‘The Only Planet of Choice’ in 1993.

This is a comprehensive account of her channelled sessions with a spokesperson for this group of Nine (incomprehensibly advanced beings), who interacting collectively as one unit, are engaged in no less a task than maintaining the order and balance of the entire universe/s. This group of ‘Nine as One’ claim to work with many great beings in all manifestations and forms, including our forbears Isis and Osiris whose role in the grander universal scheme of things is gradually becoming clearer.

The Tone – The One Note.

A peculiar, abstract phrase, and another highly repetitive one. Here, my understanding is that all physical matter is held together in its form by a range of vibrational frequencies (vibrations and frequencies operating together). All the molecules in our bodies only maintain our form because they are vibrating at a certain rate of frequency. It is vital therefore that this frequency is maintained. These vibrational frequencies are set by the design of the Creator for different life forms. Long ago, assuming the truth of the genetic seeding of humanity as we know it by extraterrestrial races, some of the most highly advanced, in this case Isis and Osiris as key progenitors of our species, were assigned the task of setting the correct frequency for advanced life on this earth.

The method was to place a specific tone or frequency i.e. THE ONE NOTE into the earth (the root note from which all the necessary vibrations emanated) which would continue to resonate ad infinitum provided it was not destabilised in any way. However, the energies at the Stonehenge are now old and weak and the receptacle of the One Note appears to require some kind of urgent cosmic overhaul. 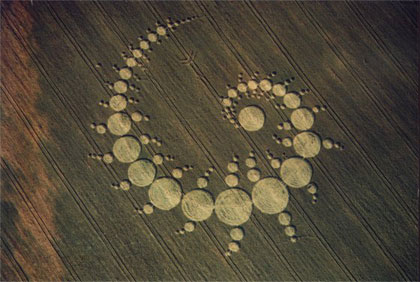 One way of understanding the meaning of this message would be to consider the ‘heart’ as the physical centre of the Earth. The core, which according to current scientific reports, is showing signs of a significant slowing down of the earth’s magnetic field while at the same time we see a massive increase in earthquake and volcanic activity. Another might relate to the esoteric Earth or Gaia. Considering Gaia to be a living conscious entity in its own right, supporting a populace largely ignorant of the true nature of her being, we are urged to understand the full extent of her distress and suffering – much of it at our hands. The mother’s heart is breaking even if we are unaware she has one. We must become conscious of the need to listen with more than our ears. We must listen with our hearts.

Attuning to the vibration of the Earth’s heart by simply being aware of it will set up an automatic intuitive connection with the heart of Gaia. At the most subtle levels of inner consciousness, we can begin to feel our connection to the supreme conscious ‘mind’ of our living planet. Attuning to her planetary vibrations brings an acute awareness and understanding of our total and utter dependence on our home world.

Just as we love, respect, nurture and care for our own homes and families – the great mother calls out in the ways that is natural to her to remind us that we must love, respect, nurture and care for our planetary home and all its inhabitants too. The consequences of ignoring this admonition are too catastrophic to actually consider facing. We must never get to such a point. The warnings, wherever they come from, must not go unheeded. The balance of the Earth’s systems must be recalibrated with all due speed.

Constant political dragging of heels and the excuses of vested interest simply will not do. We are being pushed en masse towards a very dangerous precipice by a malevolent force fuelled by unbridled greed, and worst of all by ignorance. Sadly, not ignorance of the facts (they carry on regardless of facts), but by abjectly and callously ignoring the consequences of their greed.

Despite all the distractions of life and daily demands on our time and energy, it is vitally important that we realise how intrinsically linked we are to the powerful cosmic forces that govern our physical realm. What happens to one part of it affects the whole of it in one way or another, for good or ill. The only way the whole is harmoniously maintained (in our case the physical universe as we know it) is by the careful balancing of all of its parts. This is a simple but crucial fact that humanity must comprehend. It is not possible to push the balance of the Earth so far out of kilter and expect to maintain physical integrity.

Consequently, in due course, the whole will succumb to a state of critical mass which could spell disaster on a universal scale too terrible to contemplate. The warnings to humanity at this time are grave indeed but not without due cause. We cannot afford to sink into apathy or hide behind our fears. We must face up to the great challenges of our time and determine to find the way forward.