THE USA/WEST WANTS (to) RULE THE EARTH

INVITE US TO SAVE THE EARTH

WE WILL VISIT AWHILE

WHEN WE LEAVE WE ALL WILL

HAVE BUILT THE NEW WAY

WE AWAIT AN ANSWER

IT IS THEIR WISH – THE HATE RISEN IN THE EARTH

IS LAIN AT REST

WEAR STRAW HATS IN THE HEAT

SEE THE WORDS WE SENT

NEW PHOTON LIGHT TO SHINE ON THIS WORLD

OUR SHIPS RETURN THROUGH

WINDOWS IN THE IONOSPHERE

SEE THREE SUNS IN OUR … (SKIES/SECTOR)

WE WISH TO HELP

WEST NOT TO RULE THE WORLD

SENSING DEEPER NEED TO SPEED UP

SUN SETS ON US PRESIDENTS POWER 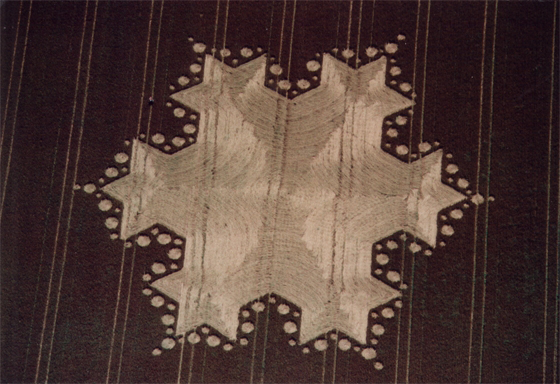 I have combined the commentaries for the last three Transcripts to allow the reader to experience the uninterrupted conversational flow of these Letters. The commentaries are necessary to help explain this material and aid your understanding of the mysterious crop circle phenomenon but another experience can be realised when you then read the Letters again, back-to-back, minus commentaries – that of a distinctly more direct and personal attunement with the Circle Makers. It is very important to our communicators that we understand their message is for everyone on this Planet. They have composed their words in a way that speaks directly to you. They wish you and you alone, to decide for yourself, in your heart, the truth of their existence.

Silbury Hill is the oldest known man-made mound in Europe. Its true purpose remains a mystery to this day. The most striking feature of Silbury Hill is its placement in the landscape next to the Avebury Stone Circles, and the fact that the powerful, country-wide Mary Line diverts from its parallel path with the Michael Line to flow through it. The feminine energy associated with the Mary Line (Line of Isis – Goddess of 10,000 faces, who is also known as Mary) energises the site while at the same time its own energies are enhanced by the constant depositing and collecting of transmuted (heightened potency) energies. 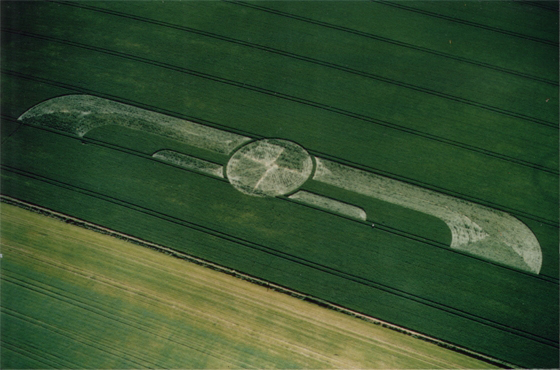 The Circle Makers, through these Transcripts, have consistently stated that the energies at these sites are old and require an injection of new energies that will re-vitalise the whole world. They have indicated their intention/willingness to assist/engineer this process. Fresh new ley-lines at Silbury Hill would carry some of the most potent and dynamic energy on earth in their brand new streams. The actual intensity and orientation of these new lines is undetermined, as far as I am aware at this time, but would, I imagine, be an interesting study for any dowser who has the time or the inclination to conduct one.

Silbury Hill is one of the most sacred sites in the United Kingdom, and is rightly revered by millions worldwide, who have an innate awareness of its esoteric nature and the significance of its association with Isis – The Feminine Principle. The knowledge of the ancients is locked into our deepest psyche, our soul memory. As we expand and focus our interest and attention on such knowledge, information from our soul memories is slowly filtered through to the level of consciousness that we perceive as intuition. At this level we can experience or sense these memories as a kind of ‘knowing’. We don’t know how we know, we just know that we do. Building a trusting relationship with one’s own intuitive abilities opens doors to higher wisdom. The more we focus, think and talk about something, the more we stimulate and activate it… whatever it might be. For instance, dream experiences and recall are greatly enhanced by focusing our attention on them, and by recording and discussing them. Dreams are a two-way communication between your conscious mind and your subconscious/higher conscious mind. One of the best examples there is to demonstrate the reality of innate awareness is that of the relationship between the dream and the dreamer. 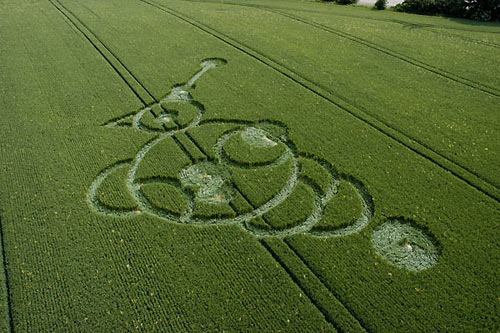 The Lady Isis has appeared to many people in the dream-state as an archetypal figure of immense wisdom and compassion – the ultimate guide. She has been described to me as being “… like God but female” by several of my former dream study students. Such is our preconditioned notion that God must be a male. See how the mind then guides us to greater wisdom if we recognise its ability to do so? However, I am not suggesting that God is entirely female either. There would be no balance in that.

Urgent – Sense Need To Speed Up

The key motivation of these Sirian communicators, as far as I can see, is to inform humanity of the reality of their existence and to impress upon us, by the most ingenious methods, that we can learn to embrace new and necessary ways for living and being, in keeping with our responsibility of stewardship for this planet. It is a huge wake-up call. We have no choice now but to accept that understanding, nurturing, repairing and protecting the Earth is not only the right thing to do but is also the only way we can assure our own survival upon it.

My understanding of this statement is that the whole process of change is gathering momentum and, despite our common-sense but largely unmet demands to the ‘powers that be’ to repair and protect the environment and to heal and protect the people of this world instead of bombing them into oblivion, we appear to be running out of time. The pace of change has already started to overtake our ability to adapt to it. These beings, from their unique perspective, are indicating their awareness of our situation here and may also be indicative of their intention to bring forward their own schedule for returning to Earth.

For those unaware of this facility, Porton Down is the British Defence Department’s Chemical and Biological research laboratory in the heart of Wiltshire. Situated on the same Salisbury Plain that is home to Stonehenge, the Defence Science and Technology Laboratory (DSTL), Porton Down (as it is now known) was set up to explore and develop the warfare uses of both chemical and biological agents.

Since the early 1920s, this facility has operated in both offensive and defensive capacities – currently defensive. Until the 1950s, it was a secret facility conducting chemical and biological trials on military and civilian personnel alike. Some military recruits at the time were paid no more than £2 per trial – and given a 3-day pass. Many believed they were participating in scientific tests to find a cure for the common cold but were actually the unwitting recipients of large doses of nerve gases like Sarin and Mustard, and other chemicals. At the end of WW2, volunteers took part in nerve-agent trials (this practice ended in 1989) and in 1953, Leading Aircraftsman Ronald Maddison died within one hour of being given Sarin.

A secret military inquest was held and declared the verdict to be one of misadventure, effectively implying it was his own fault for participating in the trials. In 1999, Wiltshire police launched an investigation into the secret trials conducted at Porton Down and in 2001, the British Government set up a programme to investigate the treatment that volunteer subjects underwent and exactly what information they were given. In 2002, the MoD set up a helpline for Porton Down volunteers, and Lord Chief Justice, Lord Woolf, overturned the 1953 inquest verdict and ordered a new enquiry.

In 2003, the Crown Prosecution Service decided no action was necessary following the police investigation into the Porton Down trials. In 2004, an new inquest into the 1953 case lasted 6 months and returned a verdict of unlawful killing and the Maddison family were awarded substantial compensation. In 2005, the MoD was granted leave to appeal the new verdict. (Historical data drawn from the BBC’s online news service – UK edition and The Times online news service)

Considering the nature of the Porton Down facility and its close proximity to the crop fields surrounding it, it is no surprise that the Circle Makers are drawing our attention to it. Thousands of people flock each year to visit the array of crop formations in the fields near and in the general area of this chemical and biological warfare facility and ought to be aware of its rather sinister nature.

The words in the text boxes indicate work in progress. There are no specific phrases associated with them yet, although a clear relationship between them can be seen, but as is the nature of this method of decoding, single words also have their own significance in the context of these Transcripts and offer their own insights. In this case, Prion disease attacks the Neurons in the brain, interfering with motor functions of the body and severely affects the function of the Mind.

We have seen many examples of this deadly disease in animals affected by Bovine Spongiform Encephalitis (BSE), and in the mutated human strain of the disease known as Creutzfeld Jacob Disease (CJD). It is clear from this and other inclusions in their Letters that the Circle Makers have specific concerns about this particular manifestation of severe imbalance in our lives.

Two of the three major elementary or subatomic particles that make up an atom, protons are the massive particles with the positive charge and neutrons have about the same mass as the proton but have no charge. Together they form the nucleus of most atoms. The third subatomic particle missing from this set is the negatively-charged electron, which surrounds the nucleus of an atom. Why this particle is missing from the set may be due to more than a lack of the letter ‘c’ in this place name. It may have more to do with drawing our attention to the world of quantum mechanics and the role of the electron in the production of the new photonic (light) energy the Circle Makers suggest we are moving towards. Which is very likely the same energy used in the production of crop circles.

The electron is fundamental to the production of photons and can ‘drop’ to a lower state in order to throw off photons, which are seen as visible light. As this is work in progress, I offer no more than simple speculation. Time, further research and future Transcripts will hopefully, allow a broader understanding to present itself.