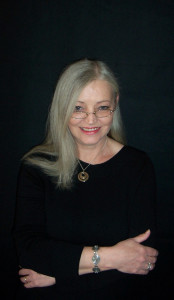 Carol Cochrane, crop circle researcher, writer and public speaker, is a former Chairman of the Centre for Crop Circle Studies (2000-2002).

She has held various roles within the organisation from 1993 until 2003, including as Metaphysical Research Co-ordinator, publicity and events organiser and was a founding member of the lively London branch of the CCCS. She has made several television and radio appearances on the subject of crop circles and related phenomena.

Born and raised in Scotland, Carol moved to London more than thirty years ago, and still lives and works there today. She is a qualified cheirologist, having received a diploma in the art of elemental hand reading from the British Cheirological Society in 1987.

She also pursues active interests in a variety of metaphysical subjects including vibrational healing, dowsing, and dream interpretation.

Carol’s first encounter with what’s currently called ‘high strangeness’ occurred when she was just nineteen years old while travelling with a friend on a train through beautiful countryside in central England. Suddenly the train was reducing speed rapidly, almost to a crawl, whistle blaring and passengers rushing to look out of the windows on one side.

The train was on a high grassy embankment with a sharp slope dropping down to forested land about 30 ft. below. Then amidst gasps of disbelief and cries of ‘oh my god’ and ‘what is that?’, there in a large clearing sat a perfect shiny metallic blue and silver flying-saucer type spacecraft, about 30/40ft. in diameter and gleaming spectacularly in the afternoon sun.

Thanks to the sharp eye of the train driver, his passengers were able to view the object for several seconds, though to Carol it felt much longer so intense was her focus on this craft. There was clearly no attempt by anyone to hide it from view.

Following that line of thought, and assuming the craft was not the product of a secret military programme, she concluded that whoever landed it in the forest clearing where it would be visible to every train that went by, must have meant it to be seen. That this was another attempt at contact, however indirect by beings from another world.

Whatever the truth of that particular sighting it was the inspiration for the avenues and the quest that she pursues today, setting her on a path that has eventually led to the discovery of The Sirius Letters.

This book is freely available on a private/information only basis. Permission must be given in writing for public use of this material.