Used competently, this intriguing universal code is a powerful tool for decoding and deciphering the ‘hidden secrets’ of ancient and modern mysteries, many of which are locked inside the framework of our largely unsuspected, but deeply mystical English language. The mystery of crop circles is no exception. This technique, according to Ms. Goodman, is only to be used on the English language, and can be applied to any word, name, title or phrase.

In some inexplicable way, this language seems merely to masquerade as a straightforward everyday language but it also has functions far in excess of its ordinary appearance. It has much deeper aspects to it that very few people actually realize. Which is the reason the Masters of Wisdom have introduced this system of Lexigramming to us now. It is time to become aware of a completely new dimension to its functionality. One which shows its timeless quality, its cryptic depth and its varied applications for communication at many different levels of consciousness.

Extracting the hidden communication is a two-step process. The first step is to make as many new words as possible from the letters that make up the place name, phrase etc., similar at this stage to anagramming. Lexigramming, on the other hand, is light years ahead of anagramming. It needs to be taken seriously, used intelligently and with integrity. This process, as you will soon discover for yourself, is much more than just a game for intellectual amusement and stimulation. Lexigramming probes behind the anagram to uncover higher knowledge and wisdom, and as I have discovered, acts as the perfect vehicle for these very special interstellar transmissions.

As odd as it sounds, the crop circle place names have proven themselves to be much more than identification tags for our convenience, revealing themselves to be fulfilling an eminently ‘higher role’ as caretakers of these deeply hidden and ingeniously encoded communications. A fact that I believe constitutes a remarkable, direct and clear communication to humanity, from a non-terrestrial source of almost incomprehensibly evolved intelligence.

In order to extract new words from any name, place, phrase etc. (in this case the crop circle place names), I find it easiest to create what I call a ‘letterbar’. This can be set out as shown below – in the order they appear in the name, or they can be set up in alphabetical order. I prefer name order, as I like my ‘letterbars’ to begin with the first letter of the name but either way is fine. The numbers shown below the place name and ‘letterbar’ denote how many times each individual letter can be used in any new word.

Using the ‘letterbar’ as your continual reference, create as many new words as you can. 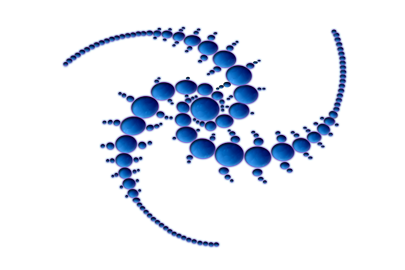 Certain rules must be applied for successful decoding.

A maximum of 4 vowels are allowable, and no more than 15 separate letters, including vowels, should be used at any time. If a name, word, title or phrase exceeds these parameters, it will serve no useful purpose to attempt to unlock its secrets. This limited-alphabet system will not work beyond the threshold of these parameters. To try would result in confusion. So it is best to stay within the limits allowed for successful decoding, whatever insights you seek by this method. The name of a key crop circle site, Alton Barnes Wiltshire, has 12 separate letters (8 consonants + 4 vowels) and is well within the parameters allowed (see example below).

There are quite a few crop circle place names that do exceed these parameters, indicating to me that we are only being given as much as we really need to know or to work with at this time. It is possible, with practice and clear intentions, to penetrate some of the deepest mysteries of our time with this system, which was designed specifically for that purpose.

The seven words above are a sample of the significant words encoded inside the name Alton Barnes Wiltshire, which as many enthusiasts will be aware, is one of the most notable sites in England for crop circles. It is possible to make upwards of 200 new words from many of these site names, the majority of which are highly significant in their historical or spiritual context, and relationship to Earth and Humanity at this time.

Not all these new words will be included in the message but it is important to extract as many as possible to allow the hidden message to be revealed. The repetition of these and other significant inclusions in almost all of the place names analysed so far is quite staggering and I believe must be outside the realms of chance. These messages are woven into the fabric of this language in a very deliberate and creative manner.

The significance of the names of ISIS and OSIRIS, which repeat throughout the series, cannot be overlooked when considering the Ancient Egyptians’ belief in the power of words. They believed that words themselves contained great magical power, perhaps in a similar way to the awesome power contained in symbols and mandalas. It is important to remember that every word contained in a Letter derives from, and is contained within, the relevant Place Name and from no other source.

The second and most important step is taken at the intuitive level, literally ‘tapping into’ the secret message (in this case the Circle Maker’s Letters to humanity) concealed within the columns of new words extracted from the original name, phrase etc. Also called inspired channelling, this process of intuitively attuning to the frequencies that carry the information to be revealed, allows the hidden message to impress itself upon my mind. It requires a calm and focused state of mind. I am not required to enter a trance-like state. It is essential that I am fully alert, ready to write down the message as it gradually reveals itself. Concentration is essential.

I experience this part of the process as something akin to a telepathic transference of information, but with more of an instinctive awareness of each phrase as it enters my mind, than an audible one. Initiating an intuitive connection with the source of these Transcripts, who identify themselves as beings from Sirius, is critical to the process of decoding their ingeniously concealed message. I become acutely aware of the Circle Maker’s message, phrase by phrase, and the order in which to present it, as a direct result of this impressed/‘telepathic-type’ interaction. As each phrase is revealed, I confirm that every word that makes up that phrase, is to be found amongst the list of new words from the deconstructed place name.

It is important to emphasize that this type of attunement is only possible when someone is on the other side, so to speak, to tune in to, otherwise there would be no point to the exercise. The key factor here, as difficult as it may be for some to accept, is that there does appear to be a highly intelligent, highly communicative, and from the information revealed in these Transcripts, unmistakably extraterrestrial source behind the phenomenon. By attuning to that source, I have discovered an astonishing number of these Sirian communications, many published here on this site.

Examples of highly significant phrases contained within crop circle place names, showing the direct relationship of these unique communications to the phenomenon.

WATCH ALL THESE SITES

WE SENT THE LETTERS

READ THE WORDS WE SENT

Working to extract new words at step one of this method of decoding, is the beginning of the intent to reveal meaningful insight. It is the trigger for aspects of our ‘higher selves’ to interact with these frequencies/universal data stream; the Akashic record; other entities; or whatever source the particular message is being relayed from. Invoking an intuitive connection with the source of the hidden message, and eventually revealing that message, is the culmination of the process.

This can be and often is, an extremely time-consuming undertaking, and I have spent thousands of hours, over many years, in pursuit of the utmost clarity and maximum content in revealing these communications. It is a great honour, and a joy to share them with you now.

Introduction to The Sirius Letters