THE ANGELS ARE HERE – THIS EARTH

THE ANGELS ARE WITH US

THEY ARE LIGHT BEINGS

REVEL IN THE LIGHT

LIVE IN THE LIGHT

WE LIVE IN THE UNIVERSE

THE UNIVERSE IS ALIVE WITH BEINGS

WE LIVE IN THE STARS

NEW LIGHT ENERGY IN THE

THE HENGES BRING THE UNIVERSAL

ENERGY IN – THIS EARTH

WE BRING THE NEW WAYS

WE ENTER BY THE STAR GATES

IT IS THEIR WISH – THE HATE RISEN

IN THE EARTH IS LAIN AT REST

ALIENS ARE IN TRANSIT

WE WISH TO SING IN A NEW AGE

A WISE SEER IS HERE 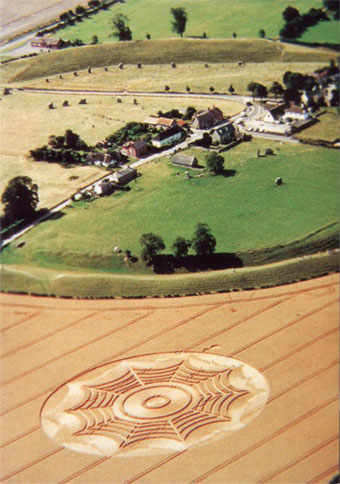 Over the last 20 years or so, there has been a marked rise in humanity’s awareness of Angels as Beings of Light with whom we can relate and contact outside the confines of organised religions. My understanding is that angels are in fact an extra-dimensional race of beings in the service of the Creator or creative-force if you prefer not to personalise. Many people on this earth believe they have an assigned guardian/ companion angel to accompany them throughout their lives.

For many this is not blind faith but based on very profound personal experiences with these beings we like to call angels. Some see their angels and some do not but are acutely aware of their presence. Angels can and do interact with us on a daily basis even if we do not recognise this. There are many different types of angel, some who are here to guard and guide humanity – some are here as planetary guardians and healers. A ‘being of light’ is an entity who typically vibrates at a very high rate of frequency. The lower the rate of frequency, the denser the material manifested. That category includes us.

Lower rates of frequency are required to support the physical world while higher rates are required to support the non-physical/etheric world. Some light beings and others who vibrate at higher rates have the capacity to manipulate matter in various ways and to transcend time and space. Inter-dimensional travel may be no more difficult for them than thinking about it. Taking on a more physical form may be just as simple an undertaking. Many people report their belief that angels are amongst us, they may be right. The truth is often stranger than fiction.

However, we do sense sound beyond the audible range. Often we feel or sense the vibrations either at a non-physical intuitive level (clairaudient) or at the physical cellular level. Hands on healing transmits inaudible sound through the transferrence of vibrations of the healers energy for instance. All vibration is sound. Even when we cannot hear it can be felt in the body.

A much less desirable example of experiencing inaudible sound at the physical cellular level involves the scientific/military study and development of sound manipulation. This has resulted in a range of active control devices with weapons capability such as with E.L.F., the Extra Low Frequency technology, which can interfere with the integrity of the physical body by altering its normal rate of frequency.

In addition, H.A.A.R.P., the High-frequency Active Auroral Research Programme (giant laser beam for the supposed harnessing of Auroral energy and manipulating parts of the Ionosphere for the good of humanity), built and based at Gakona, Alaska USA. Developed, in my opinion, as part of the SDI programme, which can interfere with just about everything else.

In particular, land based and airborne communications, weather patterns, and most disturbingly, with regard to human physiology and the effects of high frequency electromagnetic radiation. When the scientific world realised that sound and frequency held everything together, they naturally set about finding ways to bring it all apart. Very dangerous games are being played out all around us.

These texts alert us to the fact that the Circle Makers, the angels and other entities involved in these communications are critically aware of our current situation on planet Earth. They want us to know of their desire to assist with the solution.

It is becoming more apparent that humanity is about to face up to some astonishing and potentially challenging realities. That there are other beings out there, living and evolving in their own way, is clearly one of them. That they are now attempting to wake us up to this great fact can only be in our long-term interest.

Ignorance is no longer bliss – it brings far too high a price with it. I do believe that humanity is ready now to finally face that truth. Those who have not been preparing consciously for such an eventuality will find that they have been preparing for it at more subtle levels of the unconscious. Everyone is involved in the evolutionary process one way or another. 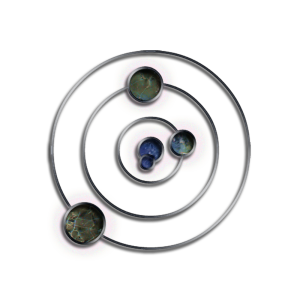 By all accounts, this statement relates to what is known as the Photon belt or manasic ring. A vast torroidal (doughnut) shaped band of light energy approximately 2000 solar light years wide (that’s 760 billion miles), which planet Earth encounters every 24,000 to 26,000 years. As this subject has been covered in considerable detail elsewhere (see Virginia Essene and Sheldon Nidle: You Are Becoming A Galactic Human) I will merely relate a few salient points.

The photon band is made up of photon light particles, which may well be the source of Earth’s future energy requirements. Scientists are aware of this photon band, as it was observed during a series of studies of the Pleiades in the early part of the 18th century by Sir Edmond Halley. It is reported by Essene and Nidle that this photon band and our solar system are moving closer together, that in fact we have already begun the early part of our journey through this band, having entered its influence around 1995. However, Sirian ingenuity and intervention has contrived to make our journey through this photon belt somewhat easier than it apparently ought to be.

Traditionally this is an event resulting in havoc for earth, affecting all its systems. The difference this time is that instead of experiencing a violent buffeting as we go through, the Sirians have developed a protective shield, ‘a great ‘light’ bubble’ sometimes described as a hologram, which has apparently been installed around our planet for the duration of our journey, which should take 17 years from 1995 to 2012. At the end of this time period, the entire solar system will enter another product of Sirian ingenuity called an ‘inter-dimensional rescue bubble’. This will effectively thrust us out of the photon band, by which time we will have travelled some 4 to 5 light years closer to the Sirius star system.

The Henges Bring The Universal Energy In

Across the world, there are many sites of mega/neolithic standing stones and earthworks whose purpose has long been discussed and disputed. My understanding of this statement is that the stones (the Henges), whatever else their purpose, act as conductors of cosmic or universal energy into the Earth through a network of channels which we call ley lines. There is a super grid system of ley lines ringing the globe linked by a major series of vortices or confluence points (where the energy streams flow into each other) often associated with or located at sacred sites world wide. These vortices act as storage facilities for the vast amount of energies that flow into them, redirecting and releasing it in measured doses.

Dowsers report that energy lines shift, contract or expand regularly. This energy is always moving, dissipating and is replenished in a constant cycle as long as nothing interferes with it. Blockages in the energy stream or vortices would cause considerable stagnation of energy and when such is the case at major energy centres, the effects can be palpable on the local and broader environment. In a similar way to the human body, the planetary body can benefit from a release of pressure at its meridian points. Our Sirian communicants are indicating that there is a new way to energise the planet and that they will be sharing that information with us when they arrive.