ATLANTIS – VANISH BENEATH THE

WE RETURN – THIS EARTH

BY END – THIS CENTURY

WHEN WE RETURN THIS EARTH –

ALTEA RETURNS WITH US

WE SENT A SERIES – SECRET

THEY ARE AT THESE SITES

THERE ARE ANSWERS IN THESE

THIS AREA IS A STAR CHART

WE LIVE IN THE STARS

WE SEE AND LIVE WITH STAR

IT IS SHEER BEAUTY

THE UNIVERSE IS VAST

SAVE EARTH – SAVE THE UNIVERSE

LEARN TO LIVE IN A NATURAL

THAT THE HATE THAT HAS RISEN IN

THE EARTH IS LAIN AT REST

EACH AURA VIBRATES WITH

BEWARE THE TRAINS THAT CARRY 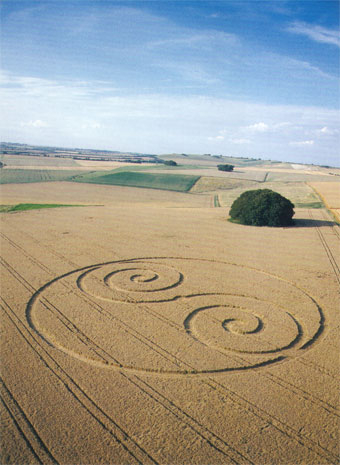 The location given here, as the site where the lost isle will rise again, is clearly within the vastness of the Atlantic Ocean. The specifics are not given, however the general area is highlighted throughout the texts as the area of interest. Several underwater and land-based searches for the sunken Atlantis are currently operational in various parts of the world including Bimini (off the southern coast of Florida), Gibraltar, Southern Spain and Antarctica.

All sites are revealing as far as they display remnants of sunken landmass/cities or signs of previous occupation, drawing our attention to the fact that some ancient civilizations once walked on their surfaces. Whether any of these sites will prove to be a part of the Lost Continent of Atlantis is merely a matter of time.

According to the esoteric information available, my perception is that Atlantis was not simply the name given to a city, however great, or even to a continent but rather to a project – The Atlantean Project, which was probably the most ambitious project ever undertaken in the history of humanity and cast its remit far and wide. Indeed landmass remnants of the Atlantean Project may include vast swathes of the Mediterranean countries through northern Europe including the British Isles. Portions of Atlantis may have vanished beneath the waves but it may also be true that lands once involved in the great project are still standing today.

The intriguing aspect is that despite all attempts to prove or disprove the existence of a Lost Continent, the Circle Makers are declaring here in these transcripts that at least a part of it is due to rise again. The timing of such an event is not given, but it seems important enough to our cosmic communicators that we pay attention to the potential, which even at an early stage would cause noticeable changes to sea levels and weather patterns.

Straightforward, and to the point. We have seen many devastating weather events in the recent past on our natural world. The increase in both number and intensity of these climactic events over the last 20/30 years is causing us all to sit up and take notice. Here again, the Circle Makers are confirming their awareness of the impact of what we call Earth Changes. It is also possible to read this little statement as ‘Twister Hits Earth’ singular, implying a Big One.

We are Sirian – We Return. – By End – This Century

As this place name was decoded in the late 1990s, the century referred to here is obviously the 20th century. Nevertheless, we see no physical evidence of such a return to this date. This is not to suppose that such an event has not transpired in some way but that we may not yet, be privy to the fact. Equally, it could be supposed, that the time scale may have been altered or delayed. Their return may depend on factors not given in these texts at this time. Whether we are to expect some kind of mass landing, as many do, or something of a considerably more subtle nature remains to be seen.

Altea Returns With Us

To my knowledge, Altea is the name given to the being responsible for the colonisation of the Atlantean Project. Reportedly originating from a far distant planet called Altima, which again reportedly, is one of the 24 Great Civilizations. This information is given in ‘The Only Planet of Choice’, and I would refer you to this publication for further insight into Altea and the Atlantean civilization.

See An ‘Eye’ In This Area 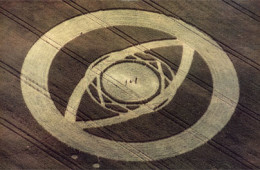 The Circle Makers, as has been shown, draw our attention to particular formations in an effort to verify either or both, the Transcripts or their involvement in the creation of the circles. Here, another example seeks to turn our attention to a specific formation in this area, and that would be the great ‘Eye’ formation of 1994, which was placed in the East Field at Alton Barnes – a virtual ‘stone’s throw’ from the Sanctuary at Avebury. Naturally, there is speculation about the genuineness or otherwise of many formations, and this one, if memory serves, was no exception. I am not making the case for the Circle Makers’ involvement in any particular event; I am merely trying to present their message, as I perceived it. Anyone who wishes to argue the toss about any cited formations must take it up with the Circle Makers themselves. Something I believe will be possible in time.

See Ashanic Artistry At These Sites

Here is a reference to another of the 24 Great Civilisations. Reported to be one of the races of beings involved in the early advancement of Humanity. The Ashans are reputed to be the culture of highly evolved/advanced creativity in the universe and cited as responsible for the introduction of great art, music and literature to Planet Earth. The further reference to THE BLUE SCARAB RACE clearly relates to Egypt and Ancient Egyptians and underlines the connection between these ancient people and those of an extraterrestrial origin.

This Area Is A Star Chart

I deduce from this statement that certain geologic features of the landscape of this particular area, in concert with the placement of specific man-made features i.e. towns, roads, sacred sites etc., when viewed from above, would appear to be laid out in some particular cosmic configuration, as with the famous Glastonbury Astrological Zodiac in Wiltshire’s neighbouring county of Somerset. A ‘star chart’ so to speak, which covers an area approx. 10 miles in diameter, depicting the signs of the Zodiac, (see Mrs. K.E. Maltwood: A Guide to Glastonbury’s Temple of the Stars; Brinsley le Poer Trench: Temple of the Stars; John Michell: The View over Atlantis).

Several more landscaped ‘zodiacs’ are to be found in various parts of the British Isles. The reference here may relate to the Glastonbury Zodiac or an extension of it into Wiltshire. If not, my supposition is that we are being directed to look more closely at the possibility of some important astronomical information detailed in the topographical layout of this particular part of Wiltshire.

Be Aware – US Alien Test Sites/Aliens Lease US Bases

Many UFO researchers and several military/defence department sources report that such sites do exist, and not only in the US. However, specific information regarding the location of other sites is not revealed at this time, only a ‘confirmation’ of US ones. I am sure most of us are aware of the reports about the now infamous Area 51 at Groom Lake in the Nevada desert which has spawned many accounts of alien craft stored in hangers built into the mountainside complex.

We might suppose if true, that these would be captured craft for the purpose of ‘back-engineering’ their technology to advance our own. Equally, if aliens are actually ‘leasing’ bases, US or otherwise, we might begin to suppose that a mutual exchange is taking place. What we might be offering in return, I do not care to speculate upon in these pages. I would point out though, that there does appear to be a clear distinction between our crop circle communicators and those aliens who are making use of earth-based military facilities.