SEE SIGNS THIS SITE AND AT OTHER SITES –

THE CREATOR SENDS THE TEACHINGS TO

IT IS TIME TO CHANGE THE DESIGN –

IT IS THEIR DESIRE TO BRING THE

HATE RISEN IN THE EARTH TO AN

TO SING ONCE MORE A SONG TO

BEN HEARD THE TEACHINGS IN A TRANCE 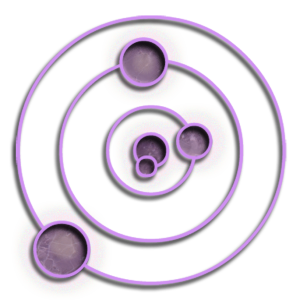 The Creator Sends The Teachings – Begin To Change Time

We really are moving into the realms of the unknown here. This small phrase speaks volumes in terms of the changes we can expect with the approaching evolutionary shift in consciousness – long predicted by countless prophets. When we stop to think, ponder or meditate on the shape of things to come, our minds conjure up a myriad of potential realities. What exactly does the Creator mean by BEGIN TO CHANGE TIME?

Mayan prophecies tell us that around 2012, time as we know it will change. However we interpret or debate the subject, it is clear that the Mayan calendar does end at that future date – a date some believe signifies the end of days for Humanity, causing many a sleepless night, no doubt. It is also clear from a logical perspective that Time as reflected through the Mayan calendar speaks of a section of time, a great cycle of time, which is due to end in or around 2012. This does not pre-suppose the actual end of days, merely a time for a new cycle to begin.

The Creator/creative force is sending teachings to alert us to the fact that there will be new times, new ways, in a new era upon Earth. This will not be without its pains while coming into being, but the assurance is that it will come into being. The trouble with ‘end-times’ prophecies is that by their very nature they must present a worst-case scenario of generally apocalyptic proportions. This appears to be necessary though. In some cases to shake us out of complacency. The lesson to learn, however, is that the worst-case scenario will only manifest if we do not take heed of the warnings afforded us and act upon them. The prophecies are given to alert us to future potential outcomes if we fail to alter our course of action towards that outcome. If this were not the case, there would be no reason to give them to us in the first place.

The emphasis here is not on the ‘end-game’ but on the opportunity to realise the potential beyond frightening, mind-limiting scenarios – the opportunity to undergo a fundamental shift in consciousness and embrace undreamt of levels of awareness and perception, in a new time cycle – beyond 2012. Things are changing now, earth changes are upon us as predicted, the chaos before the calm. It is my personal observation, over many years of ‘prophecy watching’, that a general rise in awareness about the condition of our world, irrespective of knowledge of prophecy, has led millions of people to campaign to save the earth and its inhabitants from the ravages of multi-billion dollar corporations and war-mongering, controlling coalitions.

This determination to arrest the unwanted development of ‘greed as the new god’ (in all its guises) is generating a vibrational wave of compassion and love of truly cosmic proportions. This wave has minimised the impact of many recent disasters on the lives of millions of people. In many cases where there has been great damage to property but little, or less life lost than might otherwise have been the case, in my opinion is due to this rise in conscious awareness. Every positive vibration we create, collectively or individually by our thoughts and actions, acts as a stabilising counterbalance for destructive negative vibrations.

Ben Crème – Heard The Teachings In A Trance

Benjamin Crème, esotericist and the London editor of Share International Magazine, is a man who claims to be a channel for the teachings of the Maitreya – The World Teacher, the embodiment of the long-awaited second coming of Christ. This is the same entity who is prophesied to return as the Buddah, the Iman Mahdi, the Messiah and Krisna. All these spiritual Masters are one and the same being. Ben has stated in his seminars that the Maitreya is already here on Earth, in human form but with exceptional abilities over space, time and matter. Ben, an artist of some repute, was able to access a state of trance and channelled a series of discourses/teachings, which he attributed to the Maitreya. He is now in constant telepathic contact with a Master of Wisdom who transmits current information on the emergence of the Christ.

Ben has led a personal crusade for over three decades to try to bring the benefit of these channelled teachings to the world. It was of immense interest to me then, when this particular message emerged from this transcript. It is not for me to confirm or deny the accuracy or the integrity of Ben’s work but it does seem significant that it is referenced in these Letters.