ISIS – ALTEA – ANGELS ARE NEAR

A STAR GATE EXISTS IN AREA

IT IS TEARING APART

BE ALERT – NEXT SIGNS 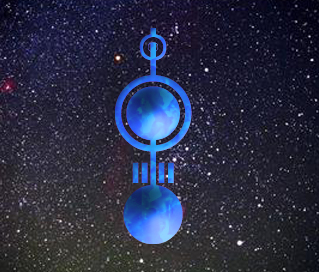 Sussex is another county of outstanding beauty, mysticism and sacred sites in Southern England, which hosts considerable numbers of crop circles. In 1994, a wheat field at Birling Gap became the canvas for an intriguing set of 3 formations, one of which displayed a level of complexity in its construction previously unseen, and was utterly inexplicable at the time.

The now famous single circle ‘NEST’ formation featured a basket-like woven construction, with stalks bent at 90 degree angles but at a height of 18 inches up the stems – creating a suspended ‘floor lay’ a foot and a half off the ground. Giving the impression of a huge nest, this formation was impossible to enter without causing damage or collapsing the whole structure. It would have been equally impossible to create without damage, and it was generally declared to be genuine and not the work of human ‘plank and rope’ constructors, offering up a new set of challenges to our powers of reason and perception.

Alongside the ‘nest’ was an oval ‘EGG’-shaped formation, but missing its top section, sliced off liked a boiled egg. This top section was found at the other end of the field. Accurate measurements showed that both parts would have fitted perfectly together if re-united. Speculation reigned about the involvement of an overhead power line that appeared to ‘split’ the energy associated with the circle making process (coming down from above?) causing displacement of the pattern. Deliberate or accidental, the splitting of the ‘EGG’ certainly reinforced the idea that the energies involved in laying crop patterns comes in from above.

The third pattern, as you have probably deduced, was the ‘TEAR’. A simple, elegant teardrop. I believe it is crucial, in the light of these transcripts, not to overlook the significance of any formation, wherever it is placed. The Circle Makers have good reasons for choosing the locations where they manifest their signs.

According to the content of the transcript, Birling Gap and or the surrounding area is identified as one of many Star-Gate sites, which appear to serve as portals for interstellar travel. The nature of these StarGates, as previously mentioned, is obscure at this time. Whether physical instruments or ethereal slipstreams, their technical make-up is not given in any of the transcripts… yet. Only that they do exist in some form, and that they are being used frequently by certain extraterrestrials to enter and exit this world.